The Tooth Fairy is a tall and attractive fairy (at least compared to the regular fairies) from Fairy World who is in charge of teeth-related wishes. She is the wife of Jorgen Von Strangle, and she is the only woman he's nice to.

As her name says she is, she collects teeth from everywhere and anywhere and gives the former tooth bearer money or gifts depending on the quality of the tooth. Also, any wishes by godchildren that involve teeth must first go through her.

She has light green hair and a crown with a tooth on it. She wears a white shirt with a picture of a tooth on it, and a skirt that matches the color of her hair as well as boots. She is taller than most other fairies with the exception of Jorgen Von Strangle.She is also not good with other wishes.

The Tooth Fairy first appeared in the "Oh Yeah! Cartoons" FOP shorts, in the episode "The Zappys!". Here it is revealed that she is the most famous and popular fairy, and Wanda is jealous of her. She appears when Jorgen accidentally knocks Timmy's buck teeth out with a Zappy award, and the tooth lands underneath the pillow the Zappy award was brought on. This causes the Tooth Fairy to appear, apparently from just out of the shower as she was dressed in nothing but a towel and shower cap, and she gave Timmy a coin while she scolded Jorgen for making her appear in public without make up.

She highly recognizes Timmy's buck teeth as the most valuable in the universe. Jorgen took advantage of this and tried to take Timmy's teeth out because of his love for her. She later found out and dumped Jorgen as her boyfriend, causing Jorgen to lose his muscles and confidence. Timmy captured the Tooth Fairy in hopes of restoring Jorgen to his normal self. Jorgen then tried to apologize to her and she accepted it with no regret, although she told Jorgen to start working out again, this shows she specifically likes buff people. Cosmo currently sees her as a very beautiful fairy and tried to reject her marriage until Wanda intervened before he asked. She is also shown to be very good at restoring teeth, but she is not very good with eyes.

It was revealed in a later episode that she was in charge of the creation of teeth as well. She called Chip Skylark's teeth her "finest work".

Jorgen and Tooth Fairy as a babies 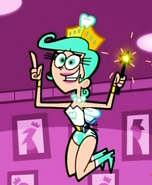 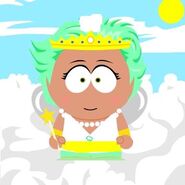 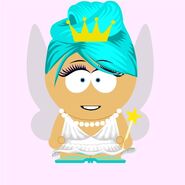 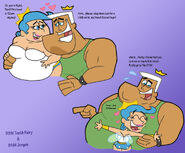 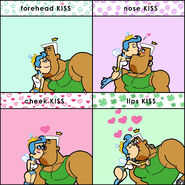 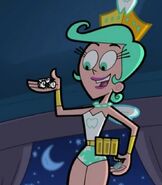 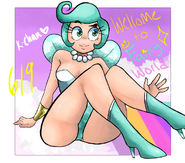 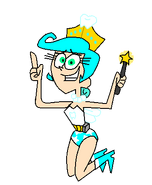 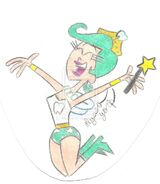 Add a photo to this gallery
Retrieved from "https://fairlyoddfanon.fandom.com/wiki/Tooth_Fairy?oldid=35161"
Community content is available under CC-BY-SA unless otherwise noted.