Theses are fanfic promos of The All New Fairly OddParents!. 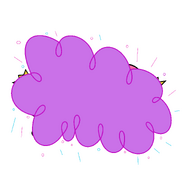 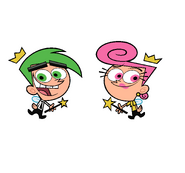 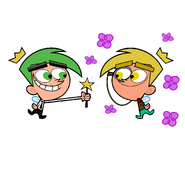 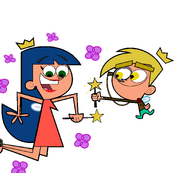 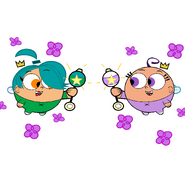 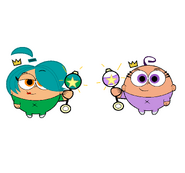 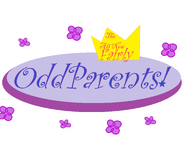 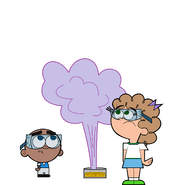 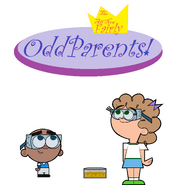 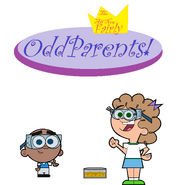 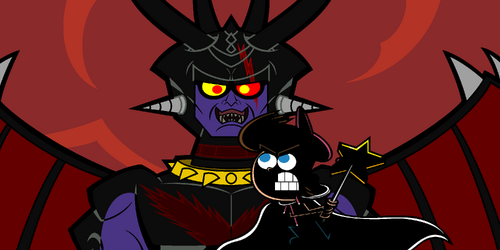 Announcer: The crowns, the wands, the magic...
Cosmo: Magic inside a fairies body isn't all fun in games. I should know, I'm married to a fairy who's no fun at all.
(Wanda poofs up a giant fly swatter and hits Cosmo with it)
Announcer: Just when you thought fairy magic would protect you from any harm...
(loud booming thunder noise)
Timantha: What was that?
Turbo: (close up) It's him.
Announcer: ...you thought wrong.
(a close-up to a bunch of legs landing; Timmy, Chester, A.J., Elmer and Sanjay gasp)
Timmy: You? The Power Pals?
Super Sam: Nice to see you again, Timmy.
Announcer: Now, in a fairly odd event unlike any before...
Astronov: Who is this "him"?
Dark Mark: His name... is Lord Chaos.
Jorgen: He shows no mercy and causes destruction on whatever he attempts to conquer.
(lighting; a shadow figure of Chaos as he laughs with an echo)
Announcer: (as the Wishing Ten armed themselves) ...it's going to take everything in their power to take on the most powerful foe yet.
Timmy: I don't care how powerful this Chaos guy is... but we all have to be smart if we want to take down this guy. Any questions?
Dwight: Is anyone else sweaty in their armpits?
(Molly backs away a few steps)
Announcer: Timmy.
Timmy: What could possibly go wrong?
Announcer: Timantha.
Timantha: Famous last words from my Chosen brother.
Announcer: Ivan.
Ivan: This clearly isn't a walk in the park.
Announcer: And Chloe.
Chloe: I'm pretty speechless.
Timmy: Don't say a thing, I know exactly what you're going to say, (imitates Chloe) "Oh, I just love teamwork! I love it SO MUCH!"
Chloe: Wow, from the other side, that's kind of annoying.
(montage scenes)
(Timmy and friends flying a ship though space)
(the parents running from the collapsed ground)
(the fairies combined their wands)
(Doug Dimmadome walks on the sidewalk and sees two kids on a bench kissing)
Doug Dimmadome: Ah, young love.
(as Doug kept on walking; the two kids stopped kissing and showed their faces onscreen revealing to be Ivan and Betty)
Ivan: I call that a Fake-out make-out.
Betty: (blushed) Yeah, I know. And I won't tell Chloe if you don't.
Ivan: Deal.
(more montage scenes)
(Timmy gasps; camera points up to Chaos)
(the Wishing Ten battles miniature monsters)
(the Power Pals and Turbo Thunder battles the monsters)
(Chester and A.J. launched a monster into the sky)
Mark Chang: Radical!
Charlotte, Kristina and Missy: Wahoo!
(scenes randomly appear until Chaos begins to destroy Timmy)
Chaos: Goodbye, Chosen One.
(Timmy getting sucked into a wormhole by Chaos' staff)
Tootie: (in tears) No!!
Cosmo, Wanda and Poof: Timmy!
Announcer: Lord Chaos Wars
(Jorgen and Juandissimo making flexing poses)
Jorgen: How's this for a profile?
Juandissimo: That's nothing. (flexes as he tears his shirt) How's this?
Jorgen: Not bad, not bad at all.
Blonda: (to the Tooth Fairy) All muscle and no focus. They're lucky we love them a lot.

Retrieved from "https://fairlyoddfanon.fandom.com/wiki/The_All_New_Fairly_OddParents!_Promos?oldid=78237"
Community content is available under CC-BY-SA unless otherwise noted.