Sparky is a fairy dog that joined Timmy Turner and his fairy family in Season 9, though initially, he was going to appear in Season 8. [1]. He is voiced by Maddie Taylor.[2] Due to negative reception, he didn't make any appearance in Season 10 episodes.

The All New Fairly OddParents!

Sparky appears in "The All New Fairly OddParents!", but this time as a villain. In the show, it's revealed that he ran away from home after trashing Timmy's house one time, and joined the L.O.S.E.R.S.. Mirroring the complaints amongst the people who watched Season 9 of the original series, the L.O.S.E.R.S. members eventually despised Sparky for his reckless, irresponsible, clueless, selfish, and downright obnoxious behavior. A few dozen episodes later though, Sparky decides to quit the L.O.S.E.R.S. and travel all around the world as a fairy godsidekick for various endangered species. 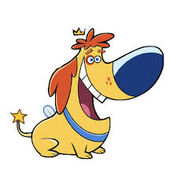 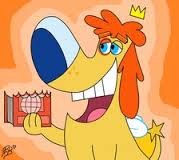 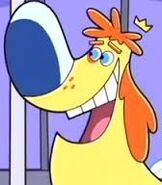 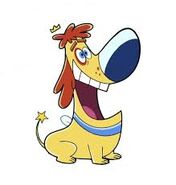 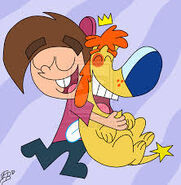 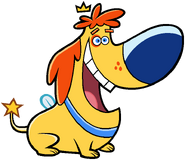 Add a photo to this gallery
Retrieved from "https://fairlyoddfanon.fandom.com/wiki/Sparky?oldid=81746"
Community content is available under CC-BY-SA unless otherwise noted.