Juandissimo Magnifico is Remy Buxaplenty's narcissistic fairy godparent, and the ex-boyfriend of Wanda.

Juandissimo is a hispanic fairy first introduced as a side-villain working alongside Remy Buxaplenty, an enemy of Timmy Turner's. Cosmo and Wanda were reluctant to provide any information on Remy's fairy, who was disguised as a purple ferret, until he wished that they would. Wanda revealed that Juandissimo was her ex-boyfriend. Throughout the series, Juandissimo goes from a villain, to a minor annoyance, to somewhat of a friend to Timmy and his fairies.

Although not as big as Jorgen Von Strangle, Juandissimo looks more muscular than most other fairies. He speaks in a Spanish accent and thinks that he is the best-looking fairy in Fairy World. He has black hair tied in a pony tail,with purple highlights,and wears a white shirt that often rips whenever he strikes a pose. Juandissimo's iris color is purple, which is also the color of whatever he shapeshifts into.

Juandissimo often compliments Wanda, as he is still infatuated with her and constantly tries to get her back. Cosmo is extremely jealous of him as he makes attempts to steal her. He is known to rip his tight white shirts to show off his muscles, sometimes even several times consecutively after he poofs a new one back on. He works as a well sought-after (by various female fairies) massage practitioner. Juandissimo seems to be an infamously bad cook, for as one of Jorgen's punishments for Remy was that he could keep Juandissimo on the condition that he eats only his cooking. 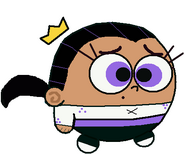 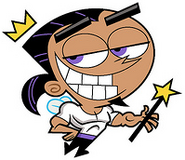 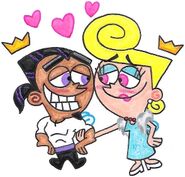 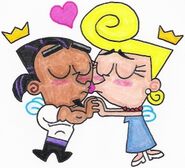 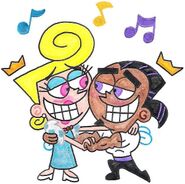 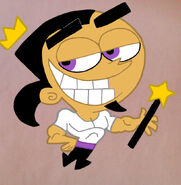 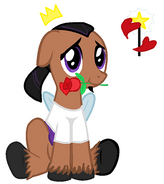 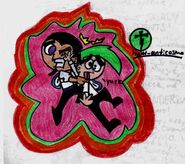 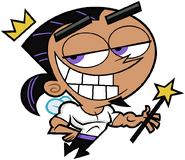 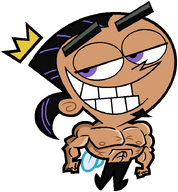 Add a photo to this gallery
Retrieved from "https://fairlyoddfanon.fandom.com/wiki/Juandissimo_Magnifico?oldid=83250"
Community content is available under CC-BY-SA unless otherwise noted.