Jenna Seesponges is one of Mr. Seesponge's kids. She has 2 brothers named Connor and Quintin. She is one of the 3 main characters of Fairly OddSeesponges, Connor being more known.

Jenna was born May 23, 2000. She went to See Angeles Preschool and liked to do Arts and Crafts. In elementary school, she got Straight A's and only 1 B in third grade. 5th Grade was great for her and Jenna had a lot of fun.

Jenna is extremely nice to her two brothers and is with Connor during Soccer Practice in which they are both on the same team (It is a Boy's and Girl's soccer team). She likes all of the nice girls at her school. Jenna doesn't talk that very often.

Jenna is 4'9, just like Connor. She wears a pink T-shirt with black soccer shorts (she is busy with Soccer practice but still has time to do homework and relax).

Jenna and Connor go on adventures in almost every single episode. They respect each other a lot and do whatever it takes to stop the bullies at See Angeles Middle School.

Jenna and Quintin rarely make contact with each other and Jenna sometimes hates Quintin when he does a weird dance with weird noises.

She respects all nice people and despises mean people.

Ever since kindergarten, Connor and Jenna have been defeating Francis Cornfish.

Jenna knows some martial arts and that helps her with defeating Francis Cornfish. 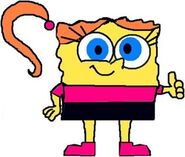 Jenna by PoofFan93
Add a photo to this gallery

Retrieved from "https://fairlyoddfanon.fandom.com/wiki/Jenna_Seesponges?oldid=22912"
Community content is available under CC-BY-SA unless otherwise noted.