Flowerbloom Minuette Callie is the 10th Fairy Baby born in thousands of milinenia. She is yet another relitive of Angel Callie. She loves flowers and her favorite color is pink. She wears a dress instead of baby pajamas and has pointy high heels. She is voiced by Taylor Swift.

Flowerbloom is the perfect mixture of Suger, Spice, and Everything Nice combined. She was born to her mother instead of her father. 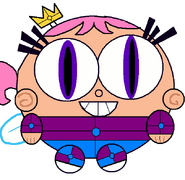 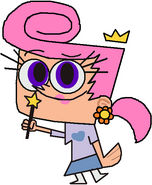 Flowerbloom (As an Adult)
Add a photo to this gallery
Retrieved from "https://fairlyoddfanon.fandom.com/wiki/Flowerbloom?oldid=34981"
Community content is available under CC-BY-SA unless otherwise noted.