Angel Callie (Isabelle) Fairywinkle-Magnifico is the Daughter of Blonda Fairywinkle and Juandissimo Magnifico. Her favorite color is light baby blue. She is also voiced by Tara Strong, Who also plays the voice of other babies.

Her aunt is known as Wanda Fairywinkle. She appreantly is a star like her mother. She loves dressing up , coloring, being fought over by the boys at school, watching TV, and of course, being Popular! She has also competed in "The Baby-Limpics" so she could get her very first wand so she didn't have to use her rattle anymore. Apparently she is a super model and super star, just like her mother, Blonda. She also has a secret crush on Pentrenellistheniso.

Angel Callie (Isabelle) Fairywinkle-Magnifico's birthday is March 30th, 2033. Her birth was not like other Fairy babies' are. Her mother Blonda gave birth to her instead of Juandissimo. Juandissimo explained to Timmy that Male Fairies can only give birth once, So when the second child comes, The Female Fairy gives birth (The same thing happed to Anti-Blonda, Who had given birth to Anti-Angel weeks after Angel's arrival).She was the result of a broken condom.

Angel VS Angelica (Half Debut)

Love Potion (Or Not!) (Half Full Debut)

And Much, Much More!

Angel's original name was "Angie", But was inaudible, and later renamed. Her Origin so far is unknown, So there is not much to say about her.

That was nothin! Watch this!.PNG 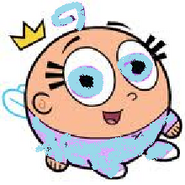 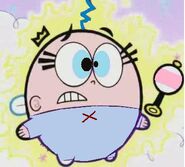 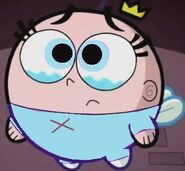 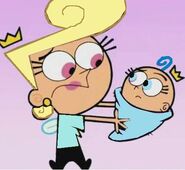 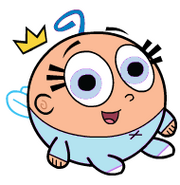 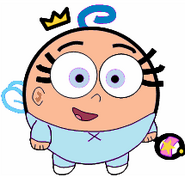 A common picture of Angel

For Angel fans by Multibarbara :) 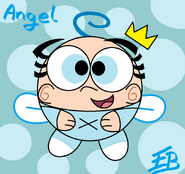 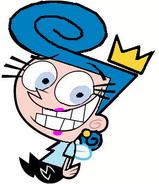 angel as a grown-up 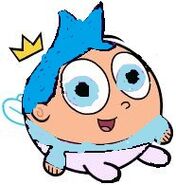 Add a photo to this gallery
Retrieved from "https://fairlyoddfanon.fandom.com/wiki/Angel?oldid=42055"
Community content is available under CC-BY-SA unless otherwise noted.